Well, it’s time for the second post to the blog and this time it’s a fun one!

I spent last weekend at Stoke Rochford Hall near Grantham for an Aeronef weekend. For those that don’t know, Aeronef is a Victorian science fiction game based on floating/flying ships battling in the sky. Where better for something like this than in a Victorian country mansion?

So the weekend started nice and early, my wife and son dropping me off at 2 in the afternoon leaving me with a few hours to get settled in before anyone else arrived. Checking into the room was painless and shortly followed by a visit to the gym, well, it came with the room! Besides, I had the feeling that getting in a quick workout before we got started might make me feel better about being spoilt rotten!

Later I met up with David Frampton and we headed down to the bar (see what I mean?) and started  on the Black Sheep, a staple of the weekend. Before long Trevor Brown and Dave Marshall joined us and the subject of dinner was raised. A 3 course, 4-star meal later and the wine was flowing and we decided to take over Central Europe. No really… out came Wallenstein to start off our wargaming weekend.

A little later into the evening the “Boys from Brigade” (doesn’t that sound like a war film?) arrived, sadly missing dinner but more crucially, bringing toy soldiers! Tony and Phil from Brigade Models would be joining us for the Saturday game and given how late it was getting, that’s when I would have to wait to get my hands on the 6mm sci-fi tanks I had pre-ordered! (What, every true wargamer takes glue, undercoat and brushes with them everywhere don’t they?)

Next morning and, well lets me honest, me and Dave were feeling a little rough. Full english was the answer and lots of it. We then headed over to the Conference Centre to setup the tables and wait for Jon Rogers. Meanwhile we got the chance to quiz and barter with Tony and Phil. We got to see the 2mm buildings and I got to take possession of my pretty Neo-Soviets and PacFed 6mm sci-fi tanks. 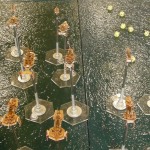 Here is Jon’s United States fleet arrayed for battle, or at least some of it! There were a staggering amount of ships in play this weekend and all mounted on magnetic extending aerials. The board underneath is tilfoil painted with emulsion. Click the images to see it better! 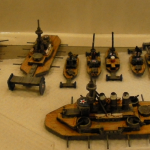 Here is Dave’s Confederate Fleet looking fantastic. The British were glad to have these ships on their side or they might have been in real trouble! 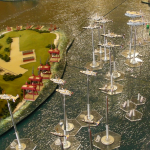 And here is Trevor’s British Fleet, ready for action! There may have been more ships secreted in his jacket, it seemed to be a magnet to ships 😉 It was a section of these brilliant ships that I was tasked with commanding (being a first time ‘neffer’ but that’s being resolved thanks to the Brigade lads).

And so battle began, the Americans conducting a bombing raid on a British Coaling facility and the Brits and Confederates defending. Somewhere during the battle I was given the sage advice “don’t get too close with your carriers” and what did I do? Yep, put them toe to toe with the main American battle line… 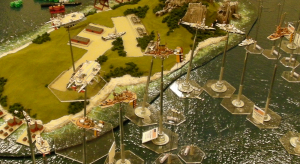 I’m not sure whether to be more worried by my choice of tactics, or by how effective they were! My carriers became sniping heroes, seemingly housing the most accurate gun crews of the game. The British/Confederate side were pulling ahead and one of the British commanders even managed to sit down at one point! (Sorry David, couldn’t resist this shot) 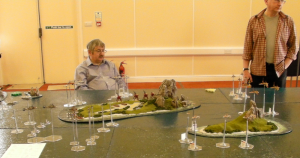 And then came the American reinforcements… It seems the Americans have acquired some of the new Zurich class nef from the Swiss. This model is beautiful though that wasn’t that I was calling it at the time! 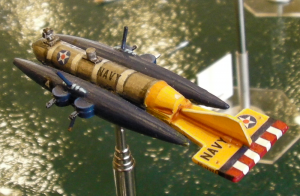 These things are absolute beasts and due for a touch of rebalancing, or perhaps just limiting their usage. Oh, did I say 1 of them? No, I meant to say that FIVE turned up! 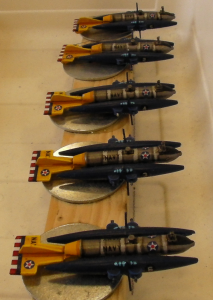 They caused a lot of damage but in the end the American carrier, doing some bizarre tactical thing and staying at the back of the fleet, started to come under fire. With the bombers wiped out in previous turns the carrier turned and fled. The Coaling facility was safe for another day and the Americans routed. Tomorrow would see the counter attack… the British/Confederate raid on Pearl Harbour! Besides, it was getting late, Brigade had to head back home and dinner at Stoke Rochford is not something you want to miss (sorry Tony and Phil)! I managed a photo of the hall as we walked back from the conference centre (only about 100 yards away), it didn’t turn out great but it being all lit up at night is great view. 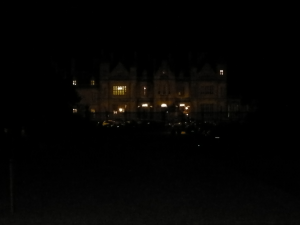 I managed to find a stock photo which really shows the hall up in all it’s glory.

So with more dinner, and more drinking, and a pretty tragic snooker match between me and Dave talk turned to wargames. The wee hours were wiled away before sleep was called for. Tomorrow saw a return to hostilities and the counter attack. Having got most of the wide shots now was a good time for me to get some close up piccies of the ships. Sorry about the image spam! 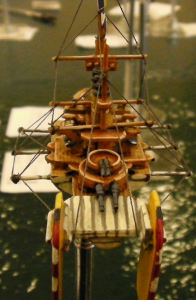 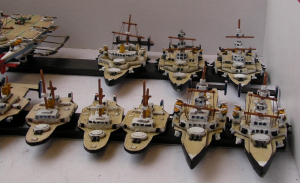 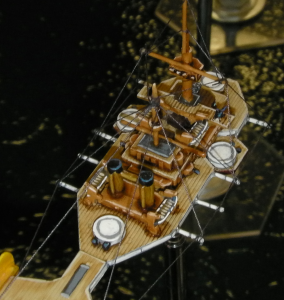 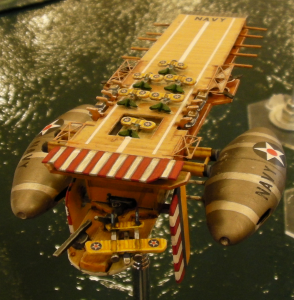 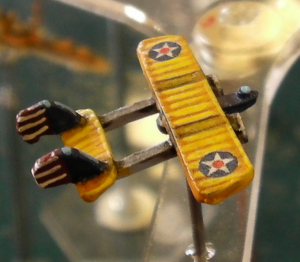 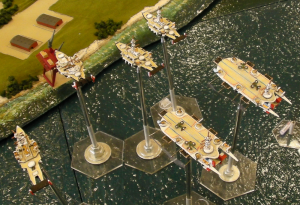 And sadly I never thought to get a group photo, but here is as close as I got (Trevor, Dave, Jon). I think the only people who escaped the camera for the whole weekend were Tony and me (I was hiding behind it!). 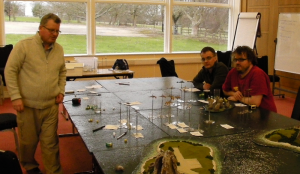 All in all, it was a FANTASTIC weekend. 2 nights of bed, breakfast and dinner and a huge room for gaming in for a great price and the service blew me away completely. Even better, the wife has already signed off on me going back for the next one! If anyone is interested in joining us, here is the flyer for the last one or just leave me a message.

NEXT: Coming up soon expect a post about my 6mm Seleucid army which is now cleaned up, stuck to coffee stirrers and undercoated. There will also be a post about a project I’ve been working on and I think lots of people will want what I’m making!