A new year and a new start… This year I’m determined to make a noticeable dent in Lead Mountain and see if it can be reduced to Lead Hill and a few surrounding forts full of completed soldiers! To this end I’m going to attempt to make a post on here every single week (how many people are doing the exact same thing on their neglected blogs right now eh?). Now technically it’s only been half a week into this year but a Sunday seems like a good day for blogging so here we go!

Looking ahead in the year January will be a fairly quiet month (on the shows front at least!) but February sees Vapnartak (York) and Hammerhead (my local show) along with a friend coming up during the half term for some gaming fun. This does mean that I’ll have to dig out and dust off my Necron army as he’s bringing his toddlers with flashlights, I mean Imperial Guard.

Hopefully by next week I’ll have found some time to do some painting (not easy with 2 kids and a business to run) and might even have played a game (if this prolonged dose of man flu finally gives up). If nothing else has happened I’ll find something in my collection to photograph and do a feature on, there WILL be something to read this time next week!

Right now on the workbench are 5 Riders of Rohan and 5 Warriors of Rohan (to be used as dismounts). All 5 are axe wielding models and will, until I convert something different to suit, serve as Sons of Eorl. 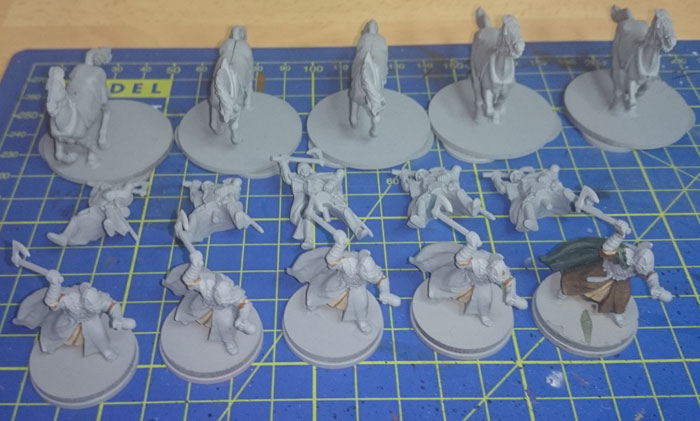